In the past few years, social media has been dominated by what is known as the Big Five. Facebook, Pinterest, Twitter, LinkedIn, and Instagram have been standing firm as the most visited networking sites. In the U.S. these Big Five continue to have a presence, but are beginning to be challenged by newer mediums. Snapchat is continuing to stay stable and grows from their 2015 statistics in total unique mobile visitors. Many media experts expected a drop off due to the app being mobile only (similarly to PokemonGo). 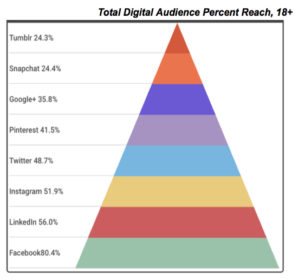 Facebook continues to be the powerhouse in every department, with LinkedIn growing to more in favor of mobile usage in comparison to 2015.  Twitter recently has added live, breaking news broadcasts having entered an agreement with the NFL and Bloomberg News. Notably, Facebook has continued to try to keep users in the site longer, with instant news articles, and limiting the organic visibility so that users see more of what they like. 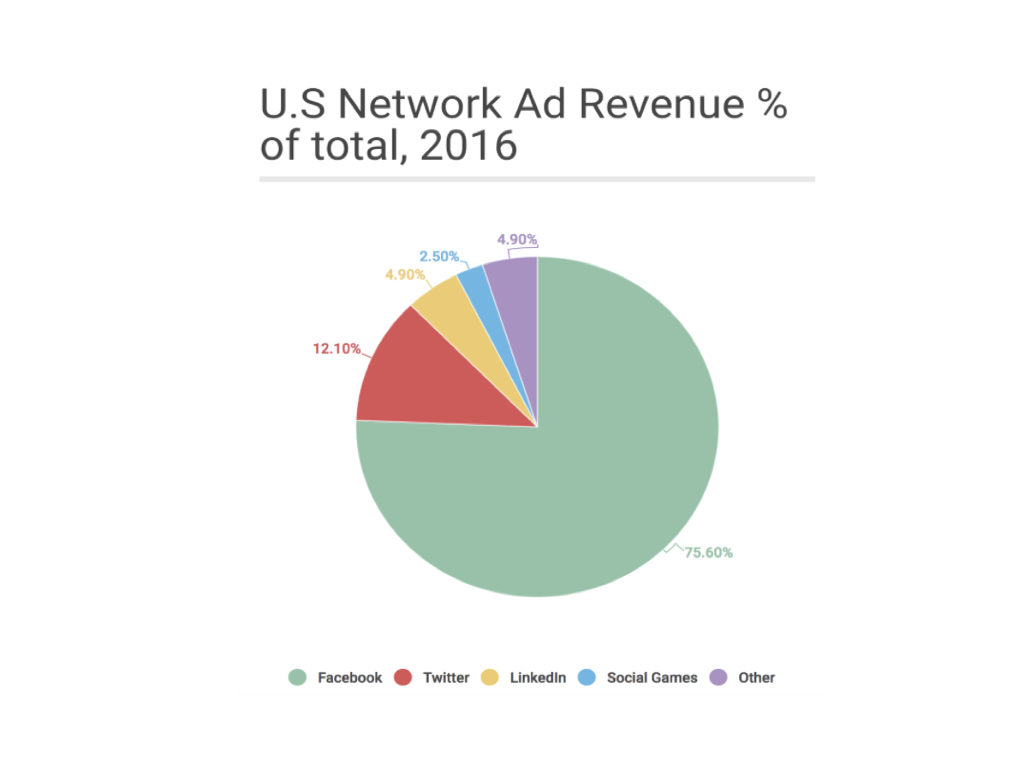 Social Media Use for Adults by Age Group

In 2016 Facebook remains the most used social media site, which is no surprise to many. What may be surprising to some is the acceptance of LinkedIn in the business community, whose audience now eclipses Twitter in terms of  total users. LinkedIn is also closing of the gap regarding reach to 18-24 year olds (seen below) where Twitter lead in both the past few years. Twitter appeals to thought leaders and may have reached a comfortable level for that audience, and it’s profit and ad revenue continue to improve. LinkedIn is now considered the platform for the business community, their ad revenue and profit also continue to improve. 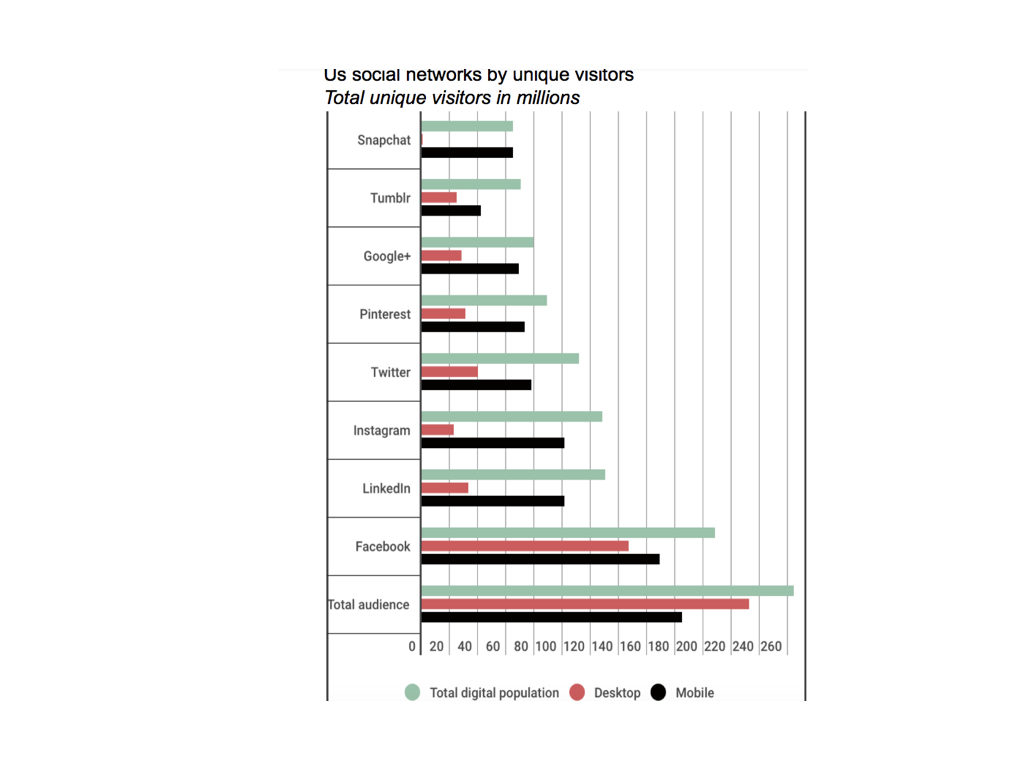 Social Media Use for Adults by Age Group

According to the Pew Research Center, 65% of American adults use some form of social media (7% growth from 2005). Facebook again remains the choice of an older generation, and remains a dominant force in all categories. Snapchat is providing a new choice for the older crowd as well. Facebook News has clearly had an impact on lengthening the time unique visitors are on their site. It is an integral part of their structure and provide many with topics in which to use the platform for. Facebook is receiving complaints and facing blame in regards to their algorithms rewarding popularity in news sources, rather than relevance and factuality. Google is also facing this issue, but Google+ is likely to be unaffected because of the transparency and action of the Google team. 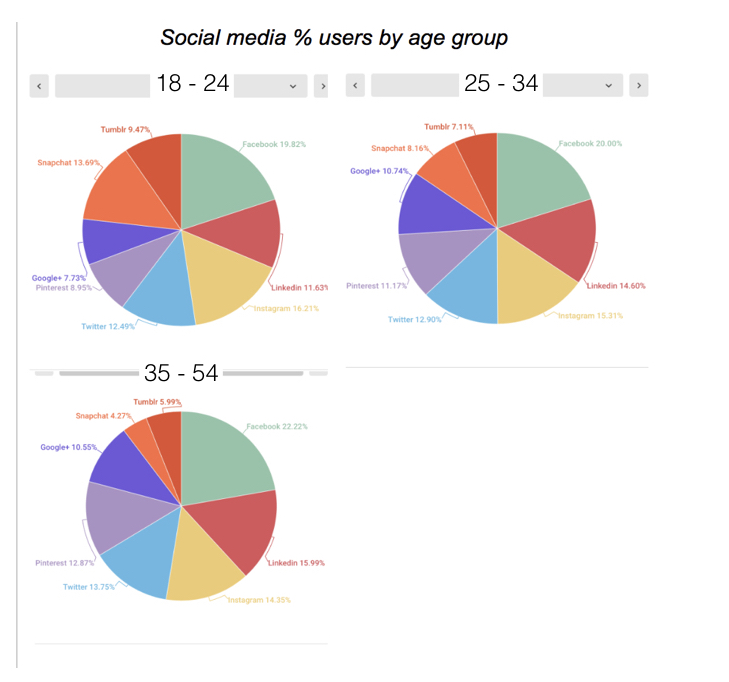 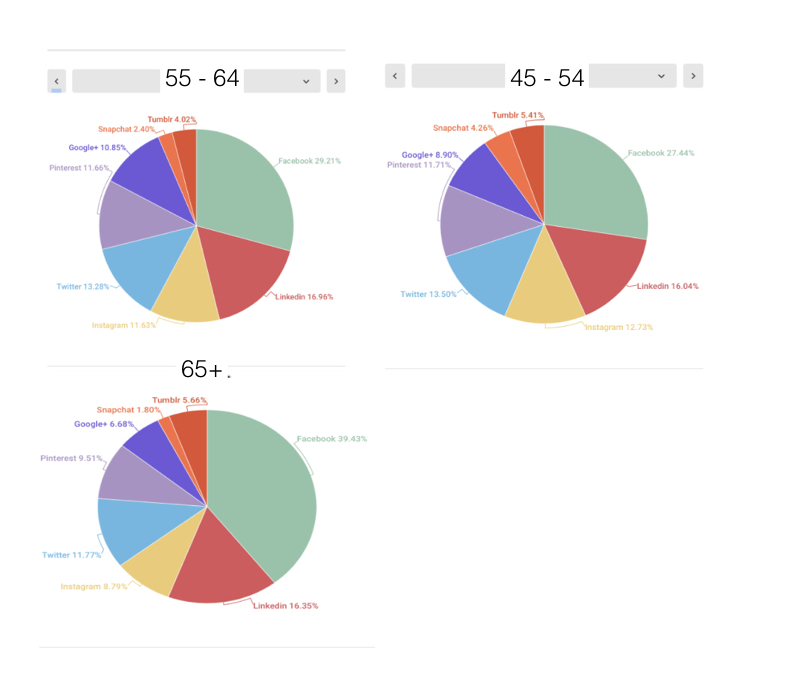 Teens provide a different side of social media. These are the users who use it at their core. Simple communication in a social form. Not surprisingly, as seen below, Snapchat and Facebook are competing for their attention. Snapchat has for the first time overtaken Facebook in a category. With 87.9% of all teens using some form of social media, this is an important market area. After being bought by Facebook in 2012, Instagram continued to rise in all areas. Facebook was able to regain Teen users because of the features that combined the platform with Instagram. Social media and its relationship to teens remains the same. Many teens use social media. The new development noted this year, is that more and more teens are using more than one site, as shown by the growth of some sites, but the tiny adjustment of total teen users. 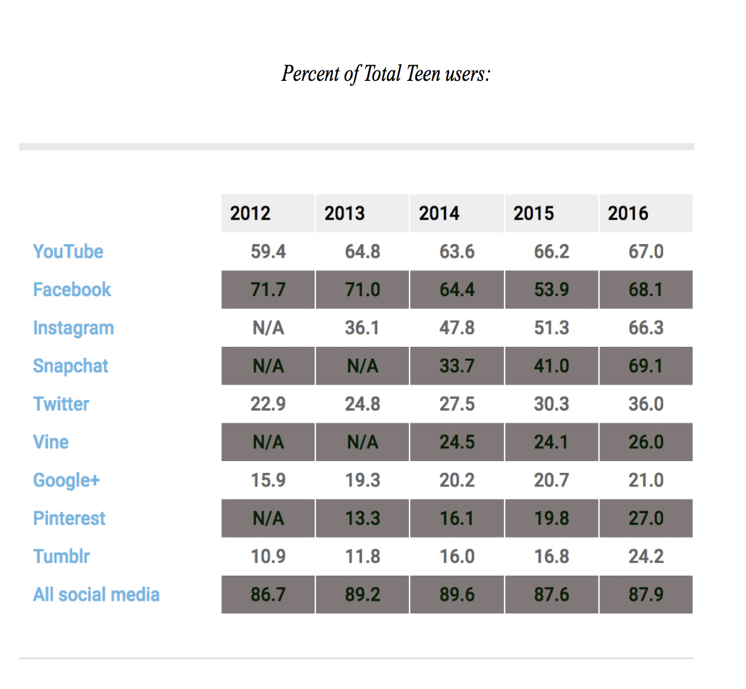 Article Name
U.S. Social Media Trends 2016: The Rise of Mobile
Description
In 2016 Facebook remains the most used social media site, which is no surprise to many. What may be surprising to some is the acceptance of LinkedIn in the business community, whose audience now eclipses Twitter in terms of total users.
Author
Andrew Ciccone, CEO HVPR
Publisher Name
Hudson Valley Public Relations
Publisher Logo 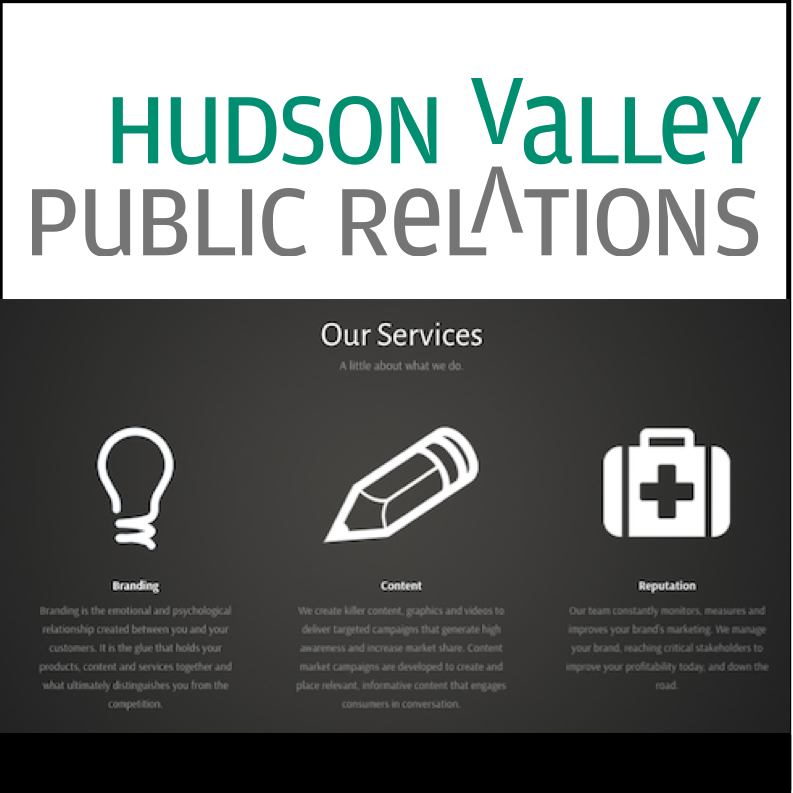